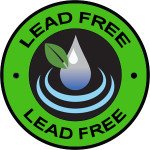 I’ve been avidly gardening commercially and as a hobbyist for decades, and both have required me to research about the safety of our water distribution methods. It’s the reason why I’ve applied my engineering background to developing drinking water safe hose products, along with a slew of other eco-friendly, lead-free, recyclable and NSF safe inventions.

According to Jeff Gearhart, Research Director of the Ecology Center, there are many products which he believes have a connection to causing the exposure to many harmful chemicals. This includes products that range from toys to baby products all the way up to building materials and vehicles.

Previously, garden products were not examined but a number of people (myself included) had started to ask about their safety. The answer we got was that they were doing an assessment and several products were screened. However, garden hoses seemed to give the most concern.

Many claimed to be drinking water safe, but one in every three that were tested showed lead levels that were above those allowed for drinking water. In one brand-case, the water tested was 18 times greater than allowed for normal consumption! While this is not illegal (because garden hoses are regulated under the same laws as plumbing fixtures), this is a very serious problem. These apparently safe drinking water hoses are often used to get a drink from and used to water the plants that are meant for people to eat. The primary cause is when components contain brass. It’s an alloy consisting of as much as 8 percent lead. While brass is often used in these fixtures, lead is also sometimes used as pigments or stabilizers, especially in green or yellow hoses. Lead is a known neurotoxin and children have even more vulnerability to lead poisoning than adults.

On the positive side, the state of California took action against three of the principal manufacturers of hoses over the amount of lead in their products in 2003 and the case was settled in 2004. Under the terms of the settlement, the companies which included Teknor Apex Company; Plastic Specialties and Technologies, Inc., Flexon Industries Corporation and Teckni-Plex were ordered to begin limiting lead content in their hoses. For more details, please look at the bottom of this page. Although the Ecology Center did not perform tests for lead leaching from these brands, many gardeners must have purchased their rubber garden hoses since 2007 which is when the full terms of the settlement went into effect. So the concern now is about other chemicals in the hoses such as phthalates and BPA.

Even dogs know the harm rubber garden hoses can cause!

If you know about polyvinyl chloride (PVC), which has been called “poison plastic,” you can guess that these hoses not only contain phthalates but they leach these chemicals into the water inside the hose. Gearhart says that almost all of these hoses have phthalate plasticizers inside them. In fact, the phthalate (DEHP) levels in one were four times the permitted amount. Although some of these phthalates are now banned from toys for children they continue to be used in gloves and hoses for use in the garden.

Also concerning, BPA, which is known to disrupt endocrine function, it has recently been in the news because of campaigns to keep it out of baby sippy cups and baby bottles. These days customers are more aware of this danger and many water bottles made out of plastic are being sold as ‘BPA-free.” But it seems that the garden hose industry is not getting enough scrutiny. The National Science Foundation discovered BPA 20 times above acceptable levels for drinking water in these hoses.

When these toxic chemicals are present in residential water it is easier to evaluate their impact, but it is much more complicated when these chemicals are in the garden. Each chemical must be evaluated for how quickly it will break down, what element they are after they break down and whether or not they will bind to the water or soil. Whether they are absorbed by plants also has to be considered. The problem is that if they are absorbed by plants the concern then becomes exactly where in the plant they are absorbed – seeds, fruits, leaves or roots. And most concerning of all, if children come into your garden, or even other adults, are they having a lot of soil contact or, in the case of the children, eating it.

So, if you are a gardener, what can you do about this problem? First, if you have the money you can replace the hose. Most of the top rated garden hoses available online in the USA are made from natural rubbers and a high percentage are not NSF safe. Obviously I am extremely biased because I put a lot of R & D and engineering into developing the world’s first Eco-friendly, lead free garden hose. I wanted it to be a drinking water safe garden hose made from NSF approved materials. I think we have the best all-around watering hose product. Of course other attributes came along with the product development, and you can find them listed on the Clear Flow® Garden Hose page.

If you are unable to quickly replace your hose, Gearhart has a few suggestions. First, absolutely no drinking from the hose! Second, always store the hose in shade. And finally, let it run for several minutes before you use it to water the plants.

(Source for Proposition 65 in California)